Some Usenet providers offer a free client with many wizards to help beginners take their first steps on the Usenet. For those who don’t need the wizards or would rather use a different Usenet provider.

Depending on the equipment of the newsreader with comfort functions one needs additionally the following programs, as far as they are not already integrated in the newsreader:

After registering with a Usenet provider and receiving the access data by e-mail, the newsreader or Usenet client must be set up. The newsreader needs all access data, i.e. the address of the news server, username and password. How to do this is explained in the instructions for some newsreaders.

With a Usenet client, for example from , or the very cheap American Usenet provider Newshosting, the address of the news server is already entered, you only have to enter your access data there. 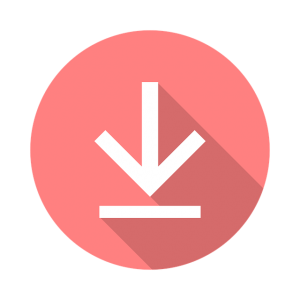 With a newsreader, the list of available newsgroups must first be loaded from the news server. Only when the list has been completely loaded (depending on the Usenet provider, there are between 40,000 and well over 150,000 newsgroups, although not all of them are active) can the newsgroups be selected. Make sure to use one of the best usenet readers out there!

For each newsgroup, the number of available headers is displayed, so you can quickly see whether it is an active or a dead newsgroup. For the selection of the newsgroups you can enter search terms, then only newsgroups are indicated, in which the search term occurs.

As an example some subhierarchies for binaries of Usenet:

or for music the subhierarchies:

Finally, after the name of the subhierarchy comes the actual name of the newsgroup, for example:

Some very large newsgroups do not belong to any subhierarchy within alt.binaries.
Example:

However, these huge newsgroups are better searched with a Usenet search engine, the header download alone can take several days depending on the Internet connection speed. Afterwards, you would have a database of significantly more than 20 GB per newsgroup, the size of which might even cause the newsreader to hang up. Because several thousand new posts are uploaded to these huge newsgroups every day, the subsequent header update alone can take several hours.

As a trial you should choose 5-10 not too big newsgroups for the first steps. Not too big means, not more than 10 million header lines. A Usenet client brings the list of available newsgroups with it or fetches it from the server at the first contact with the news server.

The difference between a Usenet client and a newsreader

The newsreader obtains all information, i.e. which newsgroups are available, what is available in the newsgroups, etc. directly from the news server. The Usenet client obtains only the downloads directly from the news server, while the information for selecting downloads, the search function, the image preview and other comfort functions are obtained from special servers.

This means that the client is also tied to the Usenet provider. A newsreader can be used independently of a particular Usenet provider and, depending on the equipment, can even make simultaneous downloads from several news servers. 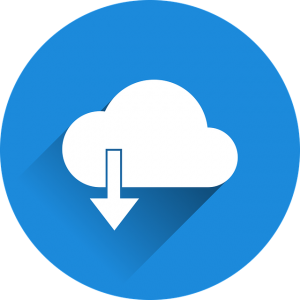 After you have chosen the newsgroups you want to start with, you request the list of available headers with your newsreader. How to do this is explained in the instructions for the newsreaders. While the available headers are still being loaded from the news server, you can already select postings for download. alt.binaries.picturesA newsreader shows the subject line, size and age of the posting as well as pseudonym and fantasy mail address of the uploader. The subject line usually already shows the file type, e.g. if it is a JPEG, an mp3 or a RAR archive.

A double click or by setting a check mark, the file is transported into the download queue and the download begins. The download will be placed in the folder you specified when setting up the newsreader. With some newsreaders you can additionally specify that the downloads are stored separately by newsgroups in the download folder. This increases the overview.

If you want to download a whole series, you can simply mark it by clicking on the first and the last file while holding down the Shift key. All files in between will be marked as well. In this case you don’t double-click, but right-click to move them to the download queue.

Large files are broken down into smaller parts on Usenet, either as a multi-part RAR archive or, for example, as .avi.001 .avi.002, etc. In both cases, you need all the file parts to either unpack or reassemble the download. Especially for larger, multi-part files, there are additional PAR2 files that are needed if individual parts of the download are damaged. You don’t have to download them completely, they are only needed if the check shows that the download is damaged. The smallest PAR2 file is sufficient for the check.

Downloads with a Usenet client

In principle this is easier than with a newsreader. You choose something in the categories or use the search function and start the download. Multi-part archives are downloaded completely, automatically checked for any errors and, if there are PAR2 repair files for this posting, also automatically repaired if necessary.

With very old postings, however, it can happen that the repair files are no longer sufficient for a repair. After a possible repair the files are automatically unpacked and saved in the download folder.

What still has to be done after the download depends on whether the newsreader with integrated comfort functions or the Usenet client has already done everything or if there is still something to do.

The Usenet client automatically detects the most common multipart postings, repairs them if necessary and unpacks them automatically.nMany newer newsreaders also come with quite a few convenience functions, they too can automatically check a download for completeness, reload any paused repair files for possible repair, perform the repair and unpack automatically.

Without these comfort functions you have to do it manually. First, if there were PAR2 files, the download is checked for completeness with the smallest PAR2 file. If the check shows that a repair is necessary, one does not need to download all repair files immediately, but first one of the smaller PAR2 repair files. If this is not sufficient for the repair, you will at least be told how many blocks are still needed.

Files that no longer exist

It can happen, especially with copyright infringements of current movies or music, that a file is displayed in a Usenet search engine or even within the newsgroup after a header update, but the attempt to download it fails. Most likely, the copyright infringement has already been removed after a complaint from the rights holder.

Usenet search engines do not update their index every few minutes, but in much larger time intervals. Therefore, a file may be shown as available by a Usenet search engine even though it has already been deleted. Occasionally, files are uploaded to the Usenet double-packed. After unpacking the file, you end up with a series of RAR or ZIP archives instead of the expected file. You have to unpack them again.

In Usenet there are a lot of files which are encrypted with a password. Mostly it is already written in the subject line, either written out, for example passworded or abbreviated with pw, sometimes you experience the disappointment only after the download. If you don’t have the password, you don’t need to start a download.

In some smaller newsgroups almost everything is encrypted with a standard password of that newsgroup. With some luck you can find the password in the text messages of the newsgroup.

NZB boards also often upload copyright infringements password-encrypted to Usenet, in which case you can find the password on the NZB board. Attention, by searching for a password in a NZB board you leave the safe Usenet and enter the completely monitored web.

There is a very special kind of spam in Usenet, namely double-packed files, where you only find out after unpacking the file that you have to go to a certain website to get the password. Either it is spam from the very beginning, which is meant to lure you to the website, sometimes even with a nice greeting from the virus, which the website delivers right away, if you carelessly did not make important security settings in your browser, or a payment is expected in order to get the password. If an attached text file asks you to perform certain actions in order to get the password, immediately dispose of the corresponding download in the trash.

Of course, there are also attempts to distribute viruses and Trojans via Usenet. Sometimes, for example, with supposedly German-language movies. The unpacked film cannot be played. Instead, a text file claims that you need the included media player to open these files. Do not install this media player, it is a virus. Instead, dispose of the entire download in the trash.

This is a fortunately very rare special case. Usenet is a 7 bit protocol, so binary files, which are after all 8 bit files, are encoded into 7 bit by the newsreader before uploading to Usenet and decoded again after downloading.

Now there are heroes who already encode an upload manually to upload it afterwards. The software with which the upload is done cannot recognize that the file is already encoded and therefore encodes it again. So after the download and the decoding by the newsreader you still have an encoded file with the file extension ntx, which has to be decoded manually again. There is also a good freeware for this: UUDWin. Images, which are stored by the newsreader as text files in the download folder. Also these files can be converted back to the original image with UUDWin.